Mix of classic and modern

Smart reconstruction is can completely transform the old building, having radically changed its character and appearance. It is precisely what has happened to the lower floor of an apartment building of the Soviet era in the centre of Krasnodar: the annexe received its new life after the reconstruction as a showroom of furniture, light and interior accessories. The renovated facade attracts attention to the salon, effectively highlighting it against the background of other interior shops clustered in this urban area.

To maximize the stained glass windows, the window layout was completely altered, and pilasters were removed and replaced with a smooth laconic facade of natural rusticated travertine. All facade decorative elements, including castle-style window decor, are cut out of solid travertine blocks. The classic line is kept up by railings, cast-iron ornamented plates opposite the entrance, a solid carved door with metal handles.

Modern style elements play by contrast: strict glass boxes of entrance groups, facade lighting, geometric chandeliers and concrete steps with ironic decor shaped as symbols scattered about the plane. The mix of classic and modern elements is a witty hint at the showroom product range: the salon specializes in interior objects of various styles, and this eclectic approach caters for facade design.

Object location on the map

View our other projects 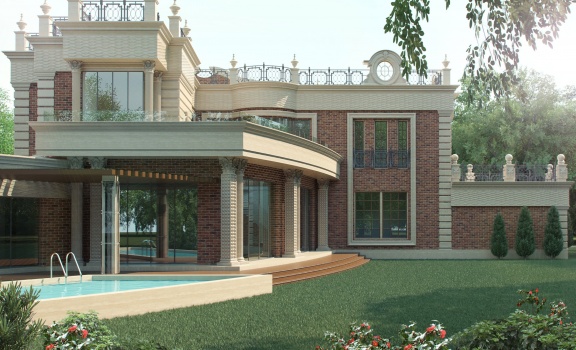 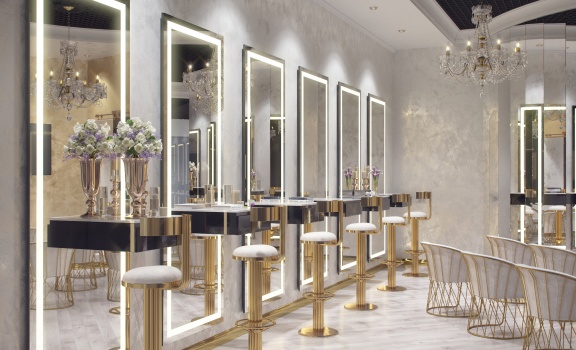 Interior image of the agency "Artego" in Krasnodar